The year started with the coolest spring in around 30 years. This resulted in delayed flowering. Between full bloom and the beginning of ripening lay a dry, warm June and a rainy July. August was marked by thunderstorms. The fungal pressure was high, but we worked hard and were able to keep the fungal infestation at bay. Just in time for harvest, autumn weather set in with warm daytime temperatures, cool nights, and blue skies, and we were able to harvest healthy grapes. As in 2020, we tended to start harvesting earlier in 2021 to bring wines with lower alcohol levels and more lively freshness into the glass.

April was dry, warm and sunny. One high followed the next. In May, temperatures were slightly above average and rainfall slightly below average. Flowering went off without a hitch. We can look back on a balanced summer with pleasant temperatures and optimal rainfall. However, 100 litres of rain fell within 3 days in the last weekend of August. This enormous amount of rainfall increased fungus growth in the vineyard. We reacted quickly and started the harvest early. We picked the grapes within only three weeks. It was one of our organisational masterpieces.

The winter months were exceptionally mild. April was too wet and also a too mild. May 2019 unusually cool - the coolest May since 1991. It was also cloudy with repeated rain. This led to a delayed flowering, which was followed by a hot June with a pronounced heat wave at the end of the month. August was warmer than average with balanced rainfall. September was slightly warmer than the long-term average. The most striking event was a winter onset up to medium altitudes on 8 September, which stopping potential rot. The main harvest began in mid-September. For the first time, we started picking earlier and avoided overripe grape material.

Due to the cool February and March, the budding of the vines started a little later. However, the humid and unusually warm April and May led to early flowering, which was already completed by the beginning of June. June and July were characterised by above-average temperatures with less precipitation than average. August was hotter than average, full of thunderstorms and correspondingly wet. The harvest began a few days early. In September, one high followed the next; with a few exceptions, it was consistently warm and, above all, extremely sunny. This allowed us a relaxed harvest in the cool morning hours.

Already March, as well as the first two weeks of April, were exceptionally warm. This favoured an early budding of the vines. In the middle of the month, the weather changed permanently and was followed by a massive cold snap with frosty nights around 20 April. Our vineyards were not spared the late frost either.

This was followed by warmer than average months in May and especially in June - only the June of 2003 had been hotter. Due to the warm temperatures we had hardly any problems with peronospora and mildew.

The temperatures in July were slightly above average. Frequent thunderstorms followed at the end of the month. August brought very high temperatures in the first two weeks - over 37 degrees centigrade. At the same time there were large hailstorms with damage to the orchards, especially between the Eisack Valley and the Unterland.

The harvest began in large parts of South Tyrol already in August and thus 10 - 14 days earlier than usual. September 2017 will go down in weather history as a month that was clearly too cool, with little sunshine and a little too wet. We were largely spared the precipitation, so we were able to finish harvesting in peace.

Back to top
Mail
Telefon 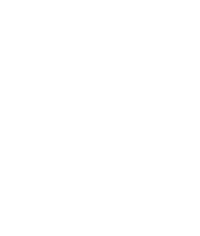